A welcoming atmosphere Days 1 and 2 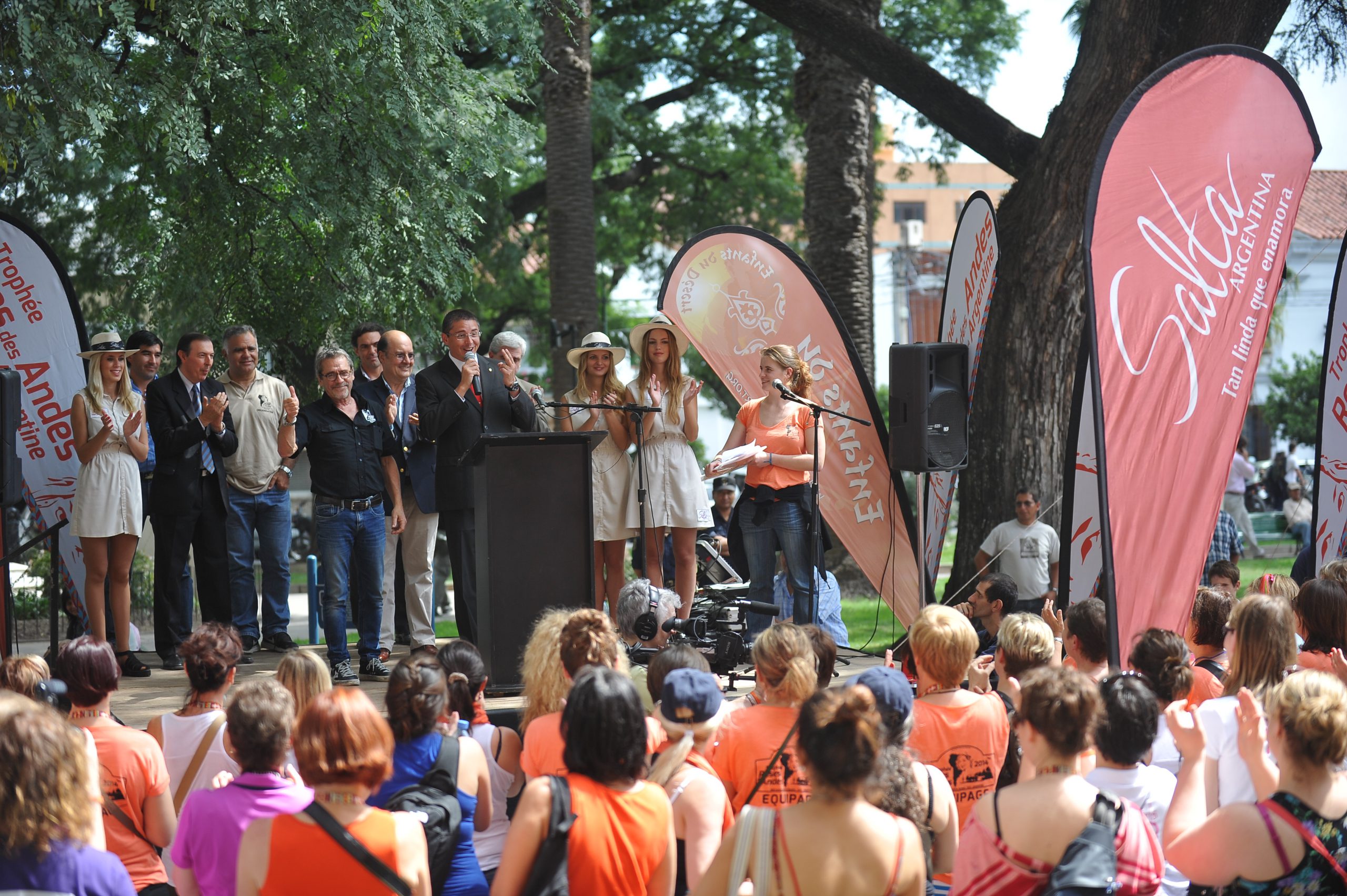 Salta, April 8th– 112 women from France, Quebec, Switzerland, Belgium and Monaco have gathered today in Salta, Argentina, to take part in the first 100% feminine rally-raid held on the tracks of the Dakar.

After a 24 hours journey, the Roses of the Andes, have had the pleasure to discover their vehicles by the entrance of the Alejandro 1er hotel. The excitement was more powerful than their tiredness.

A relaxing night, and we meet up the Roses under the Argentinean sun in the morning. Following the habitual technical and administrative verifications, the Roses drive under the arch that marks the beginning of the race.

At 1 in the afternoon, the representatives of the Argentine authorities were present to underline the importance of such an event that promotes the beauty of Argentina. The Minister of Tourism, Mariano Ovejero, emphasized his enthusiasm in front of such motivated, united and courageous women who will cross the Andes.

At 6 o’clock, local time, the race director, Jean-Jacques Rey, held the first general briefing. He insisted on the driving and sharp navigation difficulties the Roses will have to face in the next 6 days of special race.

«We have launched a new challenge, and being here today demonstrates that you are ready to face it! Now it is our turn to make you discover this rally and the beauty of the welcoming Argentina » were the words Géraldine from the organization used to conclude the meeting.